Skip to content
After being drawn into the world of jacket reviews a few weeks ago with the launch of Columbia’s new Omi-Heat Inifinity, I wanted to test out something a little more barebones to establish a baseline to stack all puffer jackets against moving forward. This led me to the Uniqlo Ultra Light Down Parka.

Two weeks later after spending time testing out the coat, I’m not sure if I’m falling on the same page as Johnny Harris and his obsessive take on this jacket. There are definitely a few aspects of the jacket that I enjoy, but it also falls victim to the corners you’d see cut by a fast-fashion retailer like Uniqlo.

The first thing that hit me about the Uniqlo contender was how light it is. It feels lighter than some of my hoodies and overall feels a little flimsy. It’s like two plastic table cloths sewn together in a way. That said, this thinness also allows it to be compressed and packed away. While this is something travellers love, it’s not a very cozy jacket. For example, even compared to the very light Columbia Omni Heat jacket, the Uniqlo version felt lacklustre.

“While Uniqlo is calling it a parka, I’d slot it in closer to fall/spring wear or as a base layer beneath a heavier jacket.”

That said, once it gets out in the world, it holds its own and does a decent job of acting as a windbreaker and beading off some rain. I also never really found it that cold, but I’ll admit that I was doing my best to layer appropriately, which means since it’s been mostly between 3-12 degrees, I’ve been wearing the jacket with a sweater on underneath pretty consistently. I have no doubt that if I went and sat in a park for 30 minutes in this coat, I’d be cold. It’s much more suited to walking around and being active, so your body can also help warm you up. 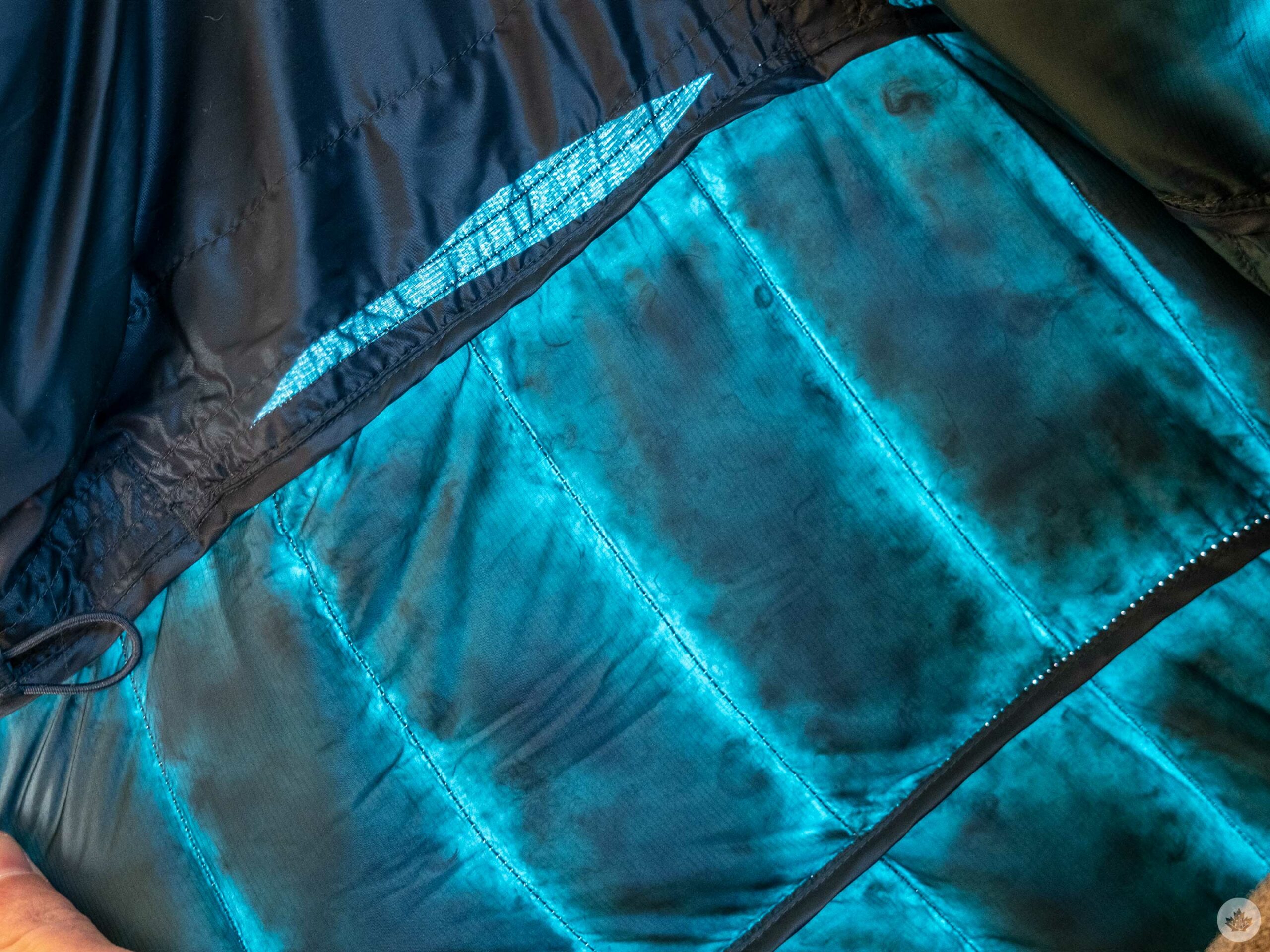 A shot illustrating how thin the jacket really is.

This is where the jacket surprised me. Since the whole point of Omni-heat is to help you warm up using your body heat, I was interested to see what the Uniqlo would do with a plain interior. And in practice, it performed very similarly. If I was walking around, I would sometimes even find myself unzipping the coat as I got too hot.

Pretty much all of this jacket is made out of Nylon, too. It’s not the most breathable jacket, so I found it trapped in a lot of heat as well.  The only area where I had issues with this was in the pockets, where it would have been nice to have softer/warmer fabric to put my cold hands into — something I took for granted with the Columbia jacket. 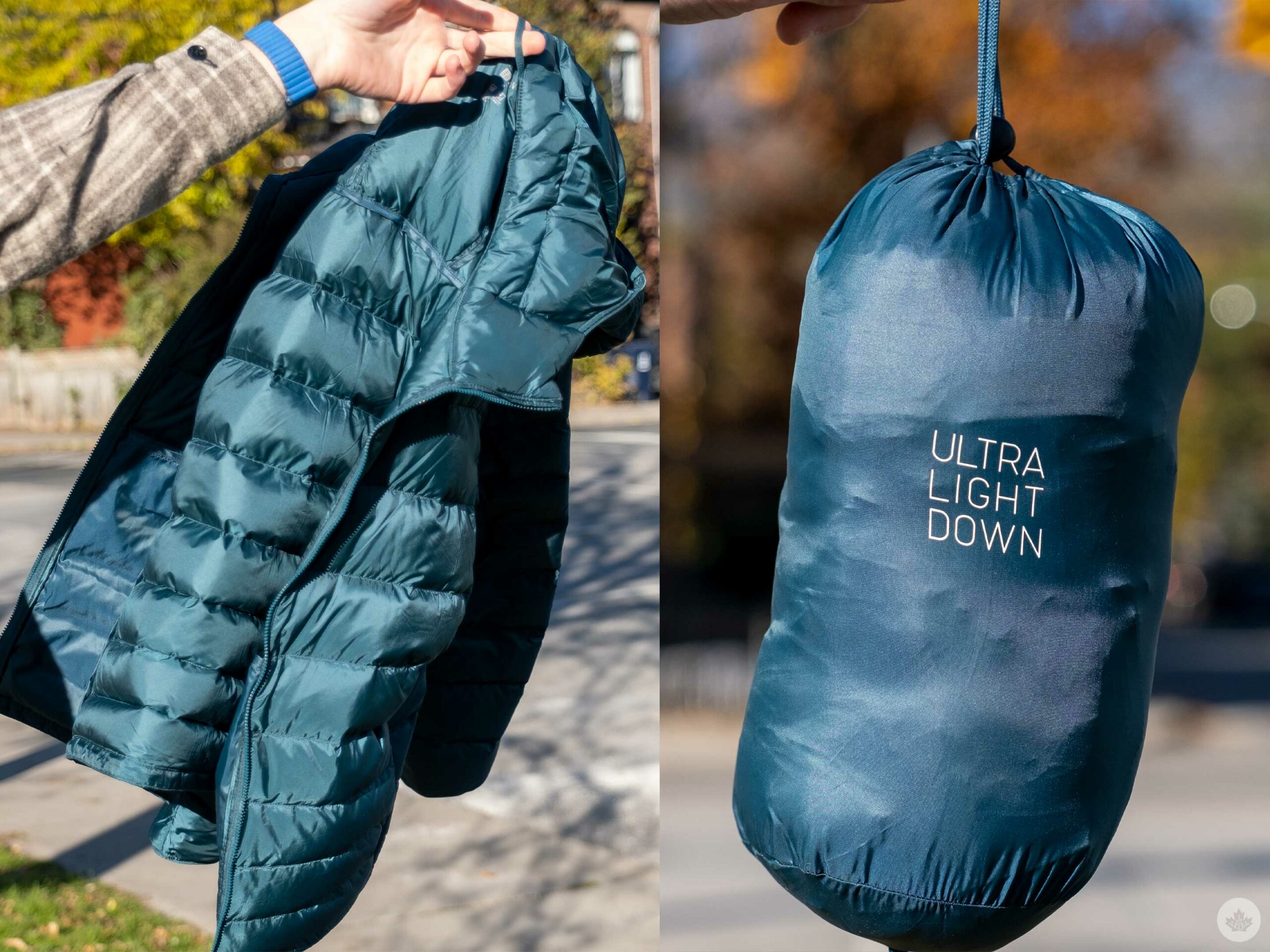 Beyond all that, once I got over the fact that this jacket is on a lower tier than the Columbia, I was still able to get a decent amount of enjoyment out of it. I could layer it with a hoodie underneath on warmer days, and on cooler days or nights, I threw it on as a mid-layer under a jean jacket to add some heft to my coat ensemble.

I found it worked well for this, and the fact that it’s so thin and lightweight does make it a great jacket if you’re moving a lot and staying moderately active. However, it’s very barebones and almost feels like a costume piece with its lack of details compared to the Columbia jacket.

And that’s about all there is to this coat. While Uniqlo is calling it a parka, I’d slot it in closer to fall/spring wear or as a base layer beneath a heavier jacket. I think you could likely get a few seasons of wear out of the Ultra Light Down Parka, but spending a little more money will likely get you a  jacket you’ll feel more comfortable in.