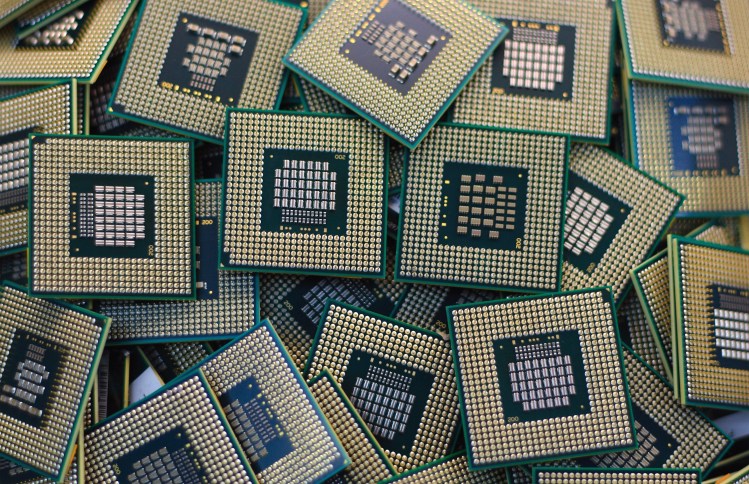 Hear from CIOs, CTOs, and other C-level and senior execs on data and AI strategies at the Future of Work Summit this January 12, 2022. Learn more

This year has been a year like no other in the global supply chain, affecting nearly every sector under the sun. Much of the supply chain crisis can be traced back to the semiconductor industry where major shortages resulted from demand outpacing supply impacting everything from laptop chargers to the automotive industry. A year in, the consequences have been grave and pleas to Washington have spurred little action while manufacturing strongholds in Asia have committed billions of dollars to increasing capacity and their dominance in the chip industry.

Earlier this month, Senate Majority Leader Chuck Schumer said on the Senate floor that he plans on attaching a $250 billion expansive plan to Congress’ annual defense authorization bill that would address the flailing United States semiconductor industry. It may look like Washington is finally taking the problem seriously and beginning to understand its scope, but it already passed a $52 billion piece of legislation in June, The CHIPS Act, that has stalled in the House of Representatives for the last six months. Now the Senate is taking another shot by adding those CHIPS funds and more to the National Defense Authorization Act, a must-pass annual defense policy bill.

Nearly three decades ago, the United States was a manufacturing stronghold, producing 40% of the world’s semiconductors. Today that number has plummeted to just 12%. This has had a direct impact on a number of American-based industries including automotive, defense and technology, as well as the millions of Americans that work in these sectors. As America’s contribution to global semiconductor supply has diminished, there’s been a simultaneous and exponential rise in the demand for semiconductors being filled by international markets in Asia — specifically in China where the bulk of the supply chain is located. This hyper concentration of supply is one factor ensuring a slow recovery.

A step in the right direction?

Despite the sticker shock some may experience with the $52 billion price tag of the CHIPS Act, that sum would only fund the cost of spinning up two 3nm chip fabs, well shy of what would be needed to make the U.S. competitive again in manufacturing. The $250 billion suggested by Senator Schumer to spur research, development and domestic chip manufacturing is much more aligned with the need and similar to policy enacted after World War II that allowed the U.S. to become the global leader in technology innovation.

Based on the current legislation, the U.S. is making it clear that semiconductors are at the center of the future of emerging technologies. But the questions that need answers are:

When we evaluate how other nations are fostering chip production, it’s clear where we are lagging. Several governments within Asia actively subsidize and support domestic chip industries, which has led to there being only a single global source for the most advanced logic chips that fuel our tech sector. Remember, semiconductors are the backbone of modern electronics. Everything from automobiles to smartphones and even washing machines rely on these chips. Asia’s non-free markets approach allows its large fabless companies to thrive, while foundry services continue to struggle without subsidies. We’re seeing this ripple effect on American manufacturing play out in real time.

Even with the appropriate amount of funding and governmental support, experts warn that the global chip crisis could go on past 2022. It could take two years just to attain the new manufacturing equipment required to add chip capacity, so the impact of immediate funding won’t be felt until 2024 potentially.

Given the gravity of this crisis and the critical role the technology plays in national security, you have to wonder why Washington has watched the U.S. share of semiconductor manufacturing slip at a concerning rate while consistently ignoring warnings and calls for help from the industry. There just hasn’t been enough appreciation for the magnitude of semiconductor requirements by those in D.C. Addressing the problem and executing the necessary solutions are paramount in this situation, but let’s hope our government can properly identify and proactively work to fix these difficulties in the future.

This truly is a time-sensitive problem that should be met with the utmost urgency by our government officials. Each passing day that the CHIPS Act is not funded sees America’s grip on semiconductors fall further, while Asia is quickly gaining additional control of this crucial industry. Our country’s national defense is on the line, so why aren’t lawmakers taking this more seriously?

Mark Granahan is Founder and CEO of iDEAL Semiconductor.

VentureBeat’s mission is to be a digital town square for technical decision-makers to gain knowledge about transformative technology and transact.

Our site delivers essential information on data technologies and strategies to guide you as you lead your organizations. We invite you to become a member of our community, to access: