Arsenals’ 10-match unbeaten run in all competitions came to a crushing end at Anfield as Liverpool thrashed the Gunners 4-0.

Mikel Arteta’s side had made great strides over the past couple of months following a poor start to the season.

However, the defeat on Merseyside again highlighted how far the North London side are from being title contenders once more.

Arteta’s recruitment in the summer was a small step in a long road to close the gap on the likes of Liverpool, Man City and Chelsea.

And now, according to the Sunday Mirror, the Spaniard is aiming to continue that rebuild in January with a move for Red Bull Salzburg star Karim Adeyemi.

It’s claimed that the talented forward has become a possible long-term replacement for Alexandre Lacazette who is out of contract next summer. 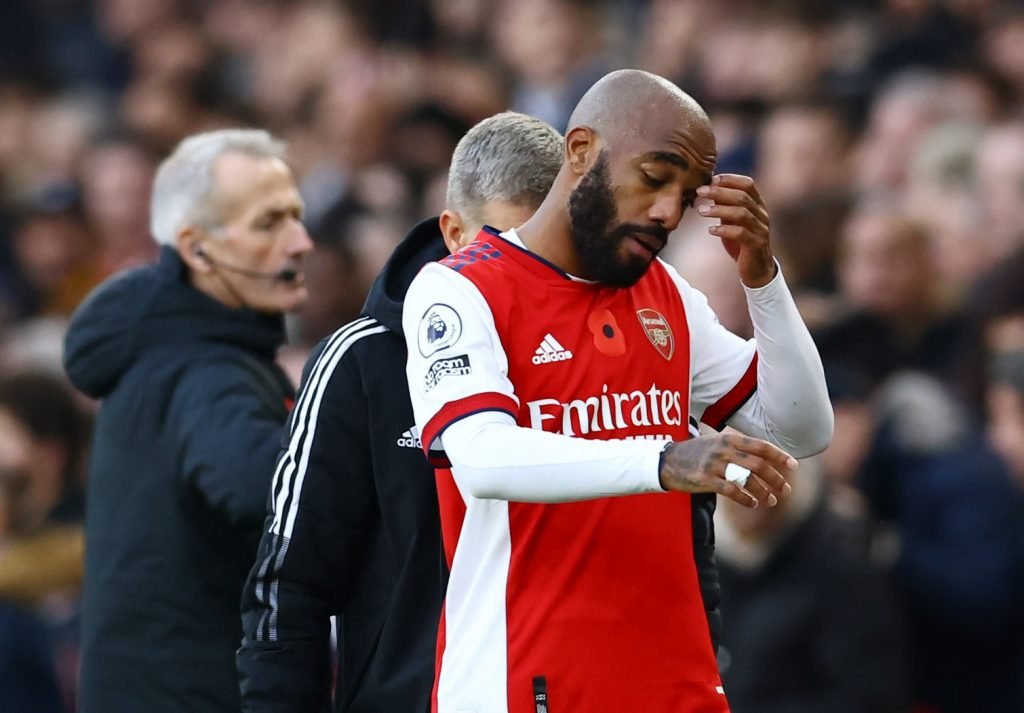 Lacazette joined Arsenal from Lyon in 2017.

Adeyemi has had a remarkable season to date, scoring 14 goals in 18 club matches, including four in the Champions League.

Those performances also saw the 19-year-old play his first senior international games and score his first goal for Germany.

Red Bull Salzburg president, has conceded that he expects Adeyemi will leave the club next summer.

But it’s claimed that Arsenal will have to qualify for Europe if they are to stand a chance of signing the player worth £18 million by transfermarkt.co.uk.