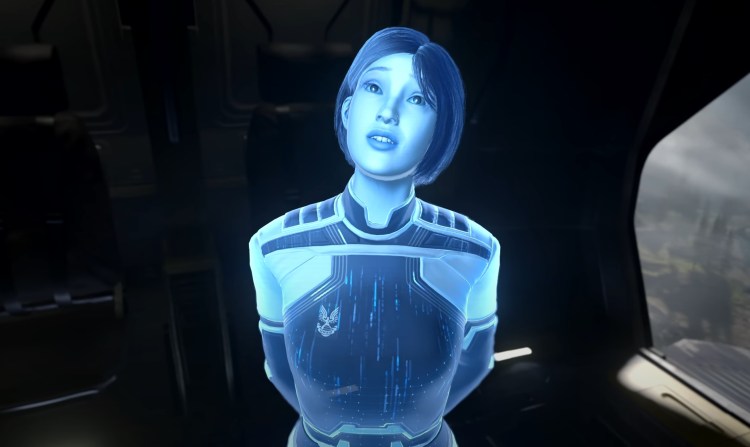 Join gaming leaders online at GamesBeat Summit Next this upcoming November 9-10. Learn more about what comes next.

343 Industries today released new details about the campaign of the upcoming Halo Infinite. It released the first trailer for the single-player story since 2020.

The trailer expands on what Master Chief and humanity in general have been up to since the events of Halo 5. Chief is currently trying to find out what happened to Cortana, who at last report had gone rogue. He’s accompanied by a new AI companion simply called “The Weapon.” Together the two will fight the Banished. The game will also take place on the Zeta Halo and will have a large open world. The trailer also shows off Chief’s new gameplay mechanics and enemies.

This is the first extensive look at the campaign and its gameplay players have received in 2021. Responses to footage shown at the time were lukewarm. As the campaign will be the only part of the game for which users will have to pay (the multiplayer is free), Microsoft and 343 will have to sell its appeal. The game is set to launch on December 8.

Three top investment pros open up about what it takes to get your video game funded.

343 has opened the game’s multiplayer in several public tests in the last few weeks. My colleague Dean Takahashi found the gameplay enjoyable. Infinite won’t have Forge or campaign co-op at launch.

In addition to the gameplay, the trailer featured a reference to the now-infamous original reveal for the Infinite campaign. In that trailer, a Brute enemy happened to become the poster child for the game’s then-unpolished graphics. Fans took an ironic shine to this character, calling him “Craig.” It appears that 343 took notice, as Craig (or at least a similar-looking Brute) is similarly pummeled by Chief in the new trailer.

GamesBeat’s creed when covering the game industry is “where passion meets business.” What does this mean? We want to tell you how the news matters to you — not just as a decision-maker at a game studio, but also as a fan of games. Whether you read our articles, listen to our podcasts, or watch our videos, GamesBeat will help you learn about the industry and enjoy engaging with it.

How will you do that? Membership includes access to: