England manager Gareth Southgate has signed a new contract to lead the national side until 2024.

Southgate’s previous deal was due to expire at the end of the World Cup finals in Qatar in December of next year, but the England boss and his assistant Steve Holland have now signed new contracts through to December 2024.

The announcement ends the speculation surrounding Southgate’s immediate future and means he will lead England at Euro 2024 should they qualify for the tournament in Germany.

“I am delighted that Steve and I have been able to extend our stay in our respective roles,” said Southgate, in a statement released by the FA.

“It remains an incredible privilege to lead this team. I would like to take this opportunity to thank Mark (Bullingham, FA chief executive), John (McDermott, technical director) and the board for their support – and of course the players and support team for their hard work.

“We have a great opportunity in front of us and I know they and the fans are all excited about what this squad could achieve in future.”

Southgate took over as England manager in 2016 following Sam Allardyce’s dismissal and has since overseen a period of relative success for the national side.

He led England to a World Cup semi-final in 2018 in his first major tournament as manager, before securing a third-place finish in the inaugural UEFA Nations League the following summer.

Southgate then guided England to the Euro 2020 final on home soil, where they were beaten on penalties by Italy at Wembley.

His most recent success was guiding England to the 2022 World Cup finals in Qatar after an unbeaten qualifying campaign which featured eight wins and two draws.

Southgate says he is now looking forward to creating “new memories” with the Three Lions.

“I’d like to say how excited we are, the last five years have been an incredible experience,” said Southgate, speaking at a media conference to announce his new deal on Monday.

Highlights of the World Cup Group I qualifier between San Marino and England.

“We can see what’s possible with the existing squad and some of the players coming through our age-group teams. We are grateful for the support of the FA.

“We felt it was important to qualify (before signing) so there was no question on focus. We are looking forward to the next few years to make some new memories.”

Bullingham added: “Gareth and Steve have built a really strong culture with the players and support team and are best placed to take this young team forward.

“The success comes with revised expectations. We used to celebrate qualifying, now we expect to reach the latter stages.

“People will ask how we can afford this, but I will say this is a performance-related rise. Gareth and Steve care about the organisation. We are delighted Gareth and Steve have chosen to continue.”

Southgate’s new deal, reported to have increased his salary to £5-6m, is performance related.

“I’ve always wanted through my life to be fairly rewarded, but to deliver value for money for the organisation I worked for,” Southgate said.

“That’s always been important to me and within the FA I’m very conscious of what we’ve been through as an organisation.”

The FA announced 124 redundancies and potential losses of up to £300m in June due to the impact of the coronavirus pandemic and Southgate agreed to a 30 per cent wage cut.

“I’m very conscious that we fund grassroots football and so, whatever we’ve earned over the period of time, I think we’ve been right to have to prove ourselves,” added Southgate.

“I think now we have Wembley full more regularly and the prize money for reaching latter stages of tournaments, we want to make sure…that we’ve more than played our part in keeping the business side in the right place.

“That is a consequence of results and performances and bringing enjoyment to the country as well. In an ideal world you want a manager who cares about English football and about the organisation to be able to fulfil all those things.”

Southgate: I couldn’t step away now 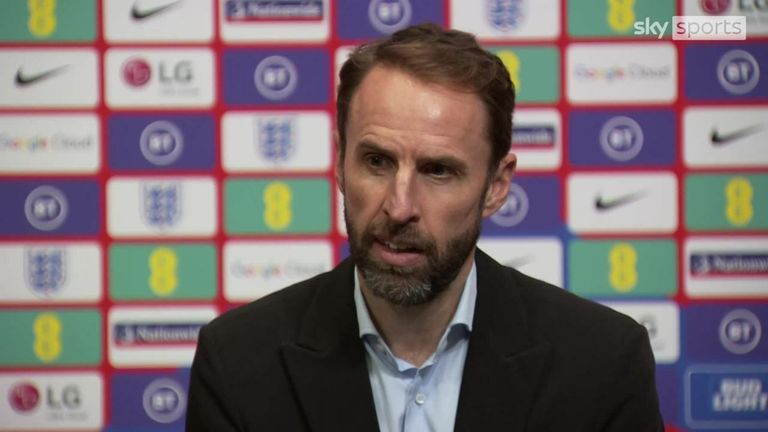 Southgate says he has not been tempted to return to club management and still has unfinished business with England, after signing a new contract until 2024

When asked if he had been tempted to move back into club management prior to signing his new deal, Southgate said he would have found it “difficult to live with” if he had walked away from the national side with unfinished business.

“We had already agreed (to stay before the international break), but the conversations with (The FA), we knew what we wanted to do,” added Southgate.

“Sometimes people are looking what’s next in life and their career, and don’t live a fulfilling life where you are.

“When you’ve done work culturally and where they can challenge (for titles), you want to bring that to fruition. We’ve only won one World Cup but we have to believe that’s possible, it’s an aim we have as a team.

“To step away when we think the next few years could have been exciting, that could be difficult to live with. If this contract is the last, I will only be 53 at the end of it and I hope there’ll be a lot of my life at the end of it!”

“If we are in a position where it’s my decision to make in three years, we’ll be in a place where we’ve done a good job.” 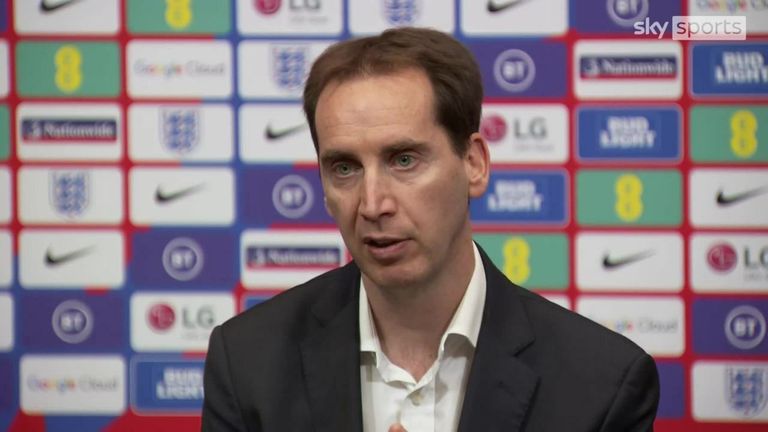 There had been a feeling that the lure of club football may tempt Gareth Southgate after next year’s World Cup but his contract extension is a real statement of his belief in England’s exciting future.

When he took the country to the World Cup in Russia in 2018, the team went there with hardly any expectations, given the disastrous European Championship tournament two years earlier under Roy Hodgson.

But that unlikely run to the semi-finals brought belief, and a Nations League semi-final followed by this summer’s Euros has transformed expectations. England will go to Qatar 2022 as serious contenders.

That is credit to Southgate’s coaching skill, from his flexible tactical approach during tournaments to his much-praised man management of a squad which appears to have bonds as strong as a club side.

But it is also a demonstration of the growing talent pool at Southgate’s disposal. England’s upward trajectory has been fuelled by young, emerging talent.

They had the youngest squad at this summer’s tournament – but they are also young players who have been trusted and who have built up significant experience. England’s XI against Albania earlier this month had more caps between them than any Three Lions side since 2013.

Seventeen of the 26 at the Euros were 25 or under and, guided by the slightly older Harry Kane and Raheem Sterling, they will arrive in Qatar well set to seize the moment.

But stretching beyond next November and into that Euro 2024 campaign that Southgate has committed himself to, there is a clear succession of quality. Jude Bellingham leads the way, but recent debutants Emile Smith Rowe and Conor Gallagher are the future too, along with Curtis Jones, Mason Greenwood and more.

A Premier League role is undeniably attractive – but for Southgate, the opportunity to create history with England’s exciting generation could not be refused.

Conor Benn: I should beat people like Chris Algieri with ease
4 min read

Conor Benn: I should beat people like Chris Algieri with ease

December 9, 2021
UFC 269 Australia time: How to watch Oliveira vs Poirier – all states and territories
3 min read

UFC 269 Australia time: How to watch Oliveira vs Poirier – all states and territories

The Ashes: England bowled out for 147 by Australia on day one at the Gabba

December 9, 2021
Covid: No 10 Christmas party and vaccine protection against Omicron 3

Covid: No 10 Christmas party and vaccine protection against Omicron

December 9, 2021
The Ashes: Australia dominate England on day one at the Gabba 4

The Ashes: Australia dominate England on day one at the Gabba

‘Why Henry Cavill is right about Warhammer’

December 9, 2021
Conor Benn: I should beat people like Chris Algieri with ease 6

Conor Benn: I should beat people like Chris Algieri with ease

The Ashes: England bowled out for 147 by Australia on day one at the Gabba

Covid: No 10 Christmas party and vaccine protection against Omicron

December 9, 2021
The Ashes: Australia dominate England on day one at the Gabba
1 min read

The Ashes: Australia dominate England on day one at the Gabba